A Few Steps Into the Darkness

I haven't been sleeping well. That's a pretty neat trick considering I'm one of the 50,000 Americans diagnosed with narcolepsy. For reference, there are approximately 300,000,000 (that's three hundred million) people who live in the US., so about 6% of the population have what I have. And the treatment for what I have is so potent and potentially dangerous that it is the only category 3 medication with category 1 penalties for misuse. The monthly prescription of sleeping medicine that costs my insurance upwards of $6,000 every month. I am thankful for good insurance.

I'm giving you all this information so you understand when I say I'm not sleeping well, that means more than your average insomniac. Does anyone know how many 5 hour energies you can safely consume in one day? Thus far that seems to wake me up the best without causing havoc with my fibromyalgia.

But wait, you say, this is supposed to be a preschool and teaching post. Well, it is, and that's the reason I haven't been sleeping. I live in a place where every subdivision has its own Home Owners Association, and mine has been receiving complaints from the neighbors about the traffic associated with preschool. HOAs terrify me. They have the legal right to place a lien against my home and the property if I don't comply with the HOA contract. There are horror stories about HOAs turning people out of their own homes for the color they painted their house or where they park their cars. And the HOA who could take away my house has ordered me to close down the preschool.

I was immediately both angry and so scared I nearly threw up. This is my job. With all of my myriad medical issues, I can't hold down a job outside the home. This is also something I do because I believe every child needs to be given the chance to learn all they can, regardless of economic status or developmental labels. Here I get to indulge my love of reading and science with the only people I've ever found who are as enthusiastic about as many different topics as I am. But I have to end it.

To be fair, the HOA representative I spoke with was very kind and non-accusatory. She allowed me to explain what I do and was surprised at how different the truth was from the complaints. But the traffic was a valid complaint and I can see how it would be a problem, and I am determined to comply with the HOA because I don't want any problems with them and I really don't want to alienate my neighbors any further. Frankly I wasn't aware that any of them had a problem with it, and part of my injured feelings were that none of them came to talk to me directly. I've always tried to be kind and friendly to everyone. I get that anonymous complaints are easier than direct confrontation, but someone should have come to talk to me about it first instead of tattling to the HOA.

That is the first and last bitter thing I've said about it. They live here too, and they have a right to be put out if this has been a problem for them. The preschool parents I've communicated with have all been very sorry and very supportive, Several of them have said either they or their child has cried about the news. Don't cry! The HOA has given me until December 21st so that parents have time to make other arrangements. We still have two more months together. And hopefully that close to Christmas everyone will be too excited and too busy to be sad much. I appreciate each and every one of them, their sympathy, and most of all their understanding. One of the things I was most afraid of was preschool parents being mad at me about this. I've been doing it for four years now- I don't know why this year it's suddenly an issue for the neighborhood.

My husband and I have discussed what we're going to do from here, and there's only one thing that feels right, as scary as it is.

Writing. Letting go of everything else and just trying to make it as a writer. It feels right to write, if you'll excuse the pun. But that's terrifying in its own right because I have only been paid for my writing twice in my life, neither of those were recently and neither were very much. One was a short poetry collection to a poetry journal several years ago and one was a short story years before that. And the timeline doesn't work so well- even though I have a nearly finished manuscript, it takes months to find the right agent and then months more before getting it sold to a publisher. I'm looking at a minimum of 8 months before the manuscript returns any money.

And that's scary. So I'm considering making use of this vast internet and the technological revolution and self publishing, even though 98% of the time self publishing is a waste. If I do this, I'm going to have to dedicate every spare minute between now and January 1st to getting my manuscript ready. Yes, I'm on my 3rd draft and have sent it to editors already, but I haven't started making any of the changes they've suggested and I was planning on having copy editors to rely on and an agent and a publishing house to do the advertising. With self publishing, that's all me. I looked into hiring a freelance copy editor and an editor who would do the editing and formatting for publication for me, and that would only cost about $26,000.00. Yikes.

Self publishing, while almost never successful, at least has the possibility of a return on investment in a few weeks rather than after most of a year. I thought that I would have to buy the book in a bulk of several thousand and try to sell them to recoup the loss, but that isn't the way it works all the time. I've found a company that will print them POD style, which means print on demand. When someone orders a book, then it gets printed. I still have to pay for the printing and pay for all the up front costs like formatting and editing and an initial printing run of one to approve, and pay for the ad and the selling space, but that is significantly less than buying 2,000 books and then trying to sell them. But again, the downside is no help with advertising or copy editing or cover design.

So it's me. And maybe this will work out. I do believe that my book, with its Harry Potter-esque school for the magically inclined meets Hunger Games you still have to fight for survival themes, is well written and engaging. I believe it could be successful because it has merit. But even if it is the best written book in the world, it could flop completely because no one hears about it.

I panicked a few days ago and applied to be a legal assistant. With my background experience and references they called me to schedule an interview the next day. It would be part time and while my sons are at school and it isn't too terribly far away, and part of me is really tempted by the promise of a safety net. I could figure out something for Christmas vacation and Spring Break with my kids, right? But I can't do it. It doesn't feel like the right move for my family and I. I can't even make myself go to the interview without the strong impression that it's the wrong move. So I cancelled it.

The plan. Preschool through December 21st and then throwing myself into my writing, and make it profitable to stay afloat or sink under all the medical bills and keep submitting. This feels like the biggest risk I've ever taken. I'm betting on myself and making everyone else in my family hold the ticket, win or lose. The risk right now is huge; potential severe financial strain and being unable to continue my medical treatments. The reward is equally large; financial independence and freedom from debt, and that's just the gravy to finally finally finally being a published author and getting to do something every day that brings me joy.

I've heard it said that faith is taking a few steps into the darkness and hoping the light will follow. I got a lot of experience staring into the dark last night, and this feels more like a leap off a cliff than taking a few steps into a dark room. Three nights now I've been unable to sleep, and I don't see that stress letting up any time soon. The moment the sword of the HOA's anger is removed by the end of preschool, the walk on the financial tightrope of success or failure begins.  I've considered emailing my neurologist and asking if I can take 3 doses a night instead of two.

On the plus side, I feel more ready to take this risk now than I ever have been before. And I'll document the plunge here. So if you're interested in my self publishing adventure, because apparently I've talked myself into it, you're welcome to come along for the ride. 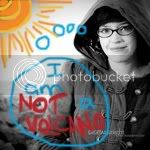